To Cornwall and Back, or One Epic Vista After Another

Cornwall, you really surprised me. With your magnificent coves, breath-taking sunsets, and indulgently hedonistic cream teas, I dare say you are out of this world. 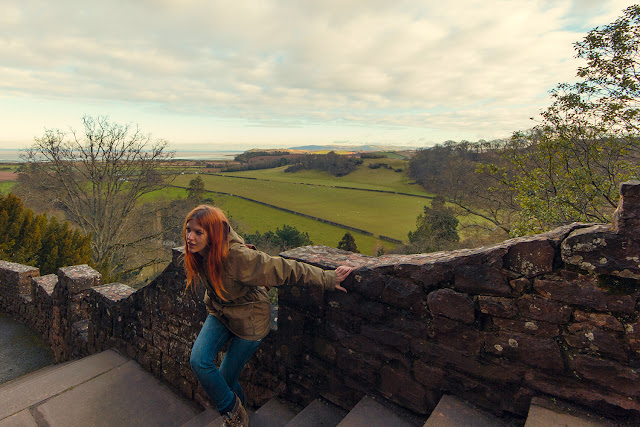 The fortunate thing about traveling to Cornwall in the winter is that not many other tourists are there. No crowds, Off-season prices, etc. However, this means that a lot of the attractions, like castles, close.  This makes it a bit tricky to see everything you want to see. Our first stop on our drive down A39 was Dunster Castle, which sits atop of a hill in the small village of Dunster. Guess what? It was closed.

There we were, standing at the bottom of the castle, a beautiful picnic from Peppercorns Deli in our backpacks, staring at this CLOSED sign. And then Sebastian, my fearless companion, just stepped over the gate -  just like that. Might I add that he is partially a giant, so this was quite a simple maneuver for him. He turned back and looked at me, with an expression that was equivalent to a chicken taunt.  Bawk, bawk. Weighing the consequences in my head (forever a Libra), I decided that I'd much rather enjoy my fancy ham n' cheese baguette on top of a castle than in a parking lot. Under the gate I went!

Never has trespassing felt so good. With each step up the castle stairs, the view got a little more rewarding. We approached a bench that the sun was shining directly on. It sort of felt like the sun was demanding us to sit there and have our lunch, and it would probably be rude if we didn't.

And that's my story of how I stormed a castle and then I ate a sandwich. 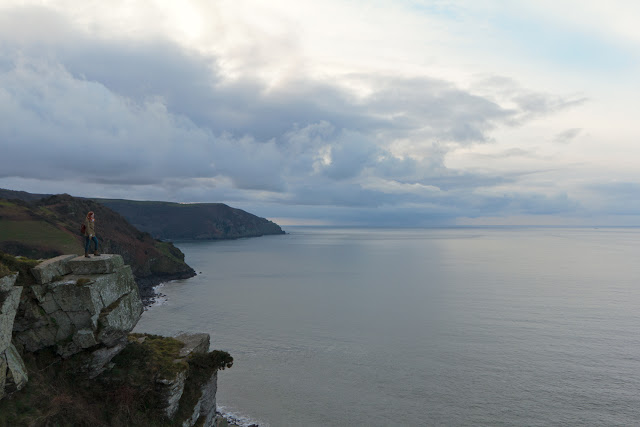 Next stop: the Valley of the Rocks, near Lynton. There's a scenic road starting in Porlock on the way, which takes you through Exmoor National Park. If there's one thing I've learned, always take the scenic road. If that isn't already on a refrigerator magnet or coffee mug, it should be.

I wasn't quite sure what to expect at the Valley of the Rocks. I mean, the name is pretty self-explanatory, so I was thinking there was a good chance we might see some rocks there. And how! Lots of rocks, BIG rocks, and even bigger cliffs with killer views! Oh, there were some goats hanging out there, too. You will soon come to know my love for chasing farm animals. I have the aspiration of one day being able to catch one. But these Cornwall goats were quick, and they would not be caught. Sigh. One day.

All that goat-chasing and castle-storming had left me and my companion rather weary. We made our way further down the coast to a B&B in Wadebridge, where we were awakened the next morning by a friendly greyhound named Woody. 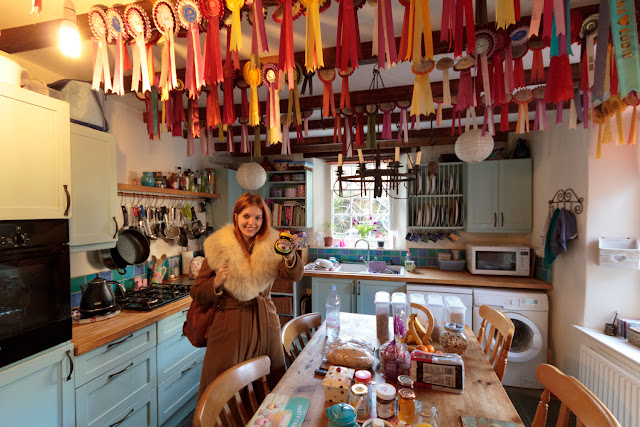 Is this not the cutest kitchen you have ever seen? Definitely Pinterest quality. Also, I tried Marmite for the first time; Seb seemed a bit appalled at the amount that I slathered on to my toast. Not bad! Though it still doesn't come close to my love for Sriracha. 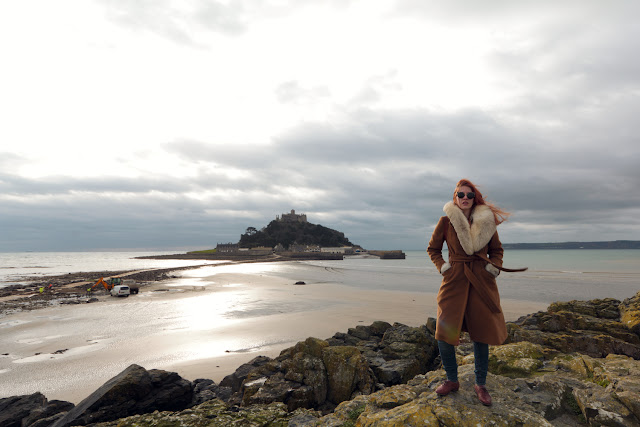 Bellies full of Marmite (well, not just Marmite - that would be gross), it was off to St. Michael's Mount!  After seeing it, I can safely say that I want my own castle on an island. All my friends could come too, of course.

Since the tide was out, we were able to simply stroll over to the island. There's not a whole lot going on there. Nothing, really. Now that I think back, that would have been an excellent time to storm the castle and claim the island in the name of SHANNON!  Next time, I guess. Just when we thought the views couldn't get anymore spectacular, we arrived at Lizard Point, the most southerly point of England. After following a narrow coastal path, we planted ourselves on a large rock jutting out over a cove. From there, we watched the sun slowly dip below the horizon. I've seen the sun rise over the Atlantic Ocean a few times, but never set, not until that moment at least. It certainly is a neat feeling, you know, being on the other side of the pond. 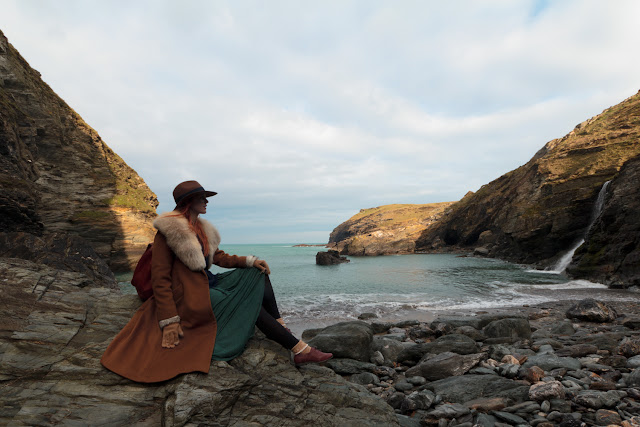 Continuing the Camelot theme, Seb and I took our journey to Tintagel, King Arthur's legendary birthplace. There's a cove beneath the ruins of the castle, and it's very easy to imagine an Arthurian setting - Merlin's Cave, anyone?

The ruin itself is perched high up on a cliff, accessible by a very steep flight of stairs. I couldn't help but wonder how many people have fallen down those stairs. The castle has been inhabited at least since the late Roman period, so it's pretty much inevitable that someone has busted their ass.

... Am I the only one who thinks about these things? 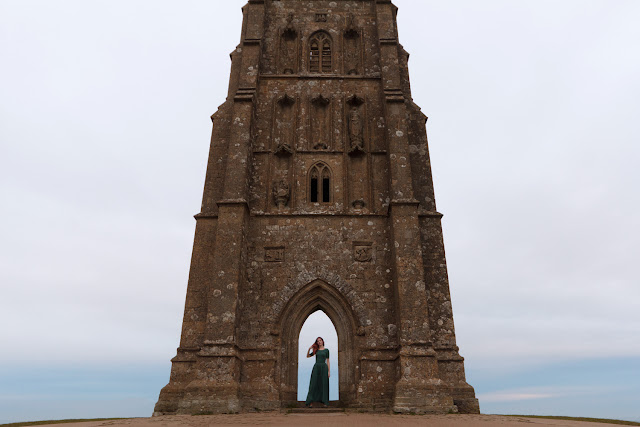 The last stop on our tour of the West Country was Glastonbury, the site of the Glastonbury Tor. The Tor sits upon a sacred hill, and has been a place of pilgrimage since Neolithic times. The panoramic view from the top of the hill is very, very vast, spanning several miles into the distance. Seeing the area we had covered, it was a bit of an overview of the last few days: the Bristol Channel, the rolling hills, the little villages.

England, you continue to surprise me with your history and landscapes. Your rich antiquity, your Druidic lore, your Arthurian legends - you will always have a place in my heart. Although I still don't understand why anyone would eat a scone covered in jam and clotted cream in the middle of the day. You can keep that.


All photos by Sebastian Anthony
Posted by Shannon Snow at 16:44

Shannon Snow
I'm an Illustrator-Designer currently freelancing my way around the world.